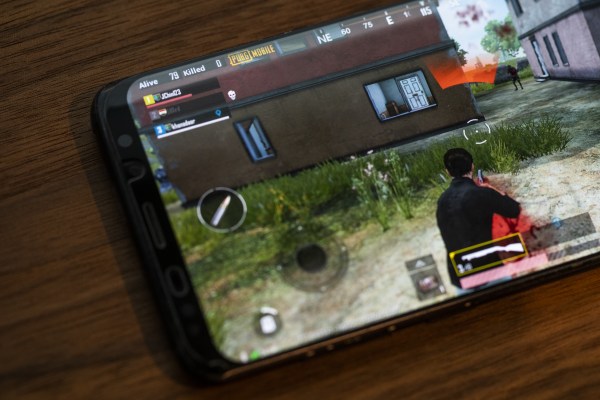 South Korea-based PUBG Corporation, which runs sleeper hit gaming title PUBG Mobile, announced last week that it plans to return to India, its largest market by users. But its announcement did not address a key question: Is India, which banned the app in September, on the same page?

The company says it will locally store Indian users’ data, open a local office and release a new game created especially for the world’s second-largest internet market. To sweeten the deal, PUBG Corporation also plans to invest $100 million in India’s gaming, esports and IT ecosystems.

But PUBG’s announcement, which TechCrunch reported as imminent last week, is treading in uncharted territory and it remains unclear if its efforts allay the concerns raised by the government.

Since late June, the Indian government has banned more than 200 apps — including PUBG Mobile, TikTok and UC Browser, all of which identified India as their biggest market by users — with links to China.

New Delhi says it enforced the ban over cybersecurity concerns. The government had received complaints about the apps stealing user data and transmitting it to servers abroad, the nation’s Ministry of Electronics and Information Technology said at the time. The banned apps are “prejudicial to sovereignty and integrity of India,” it added.

KRAFTON, the parent firm of PUBG Corporation, inked a deal with Microsoft to store users’ data of PUBG Mobile and its other properties on Azure servers. Microsoft has three cloud regions in India. Prior to the move, PUBG Mobile data concerning Indian users was stored on Tencent Cloud. In addition, PUBG said it is committed to conducting periodic audits of its Indian users’ data.

In India, PUBG has also cut publishing ties with Chinese giant Tencent, its publisher and distributor in many markets. This has allowed PUBG Corporation to regain the publishing rights of its game in India.

At face value, it appears that PUBG Corporation has resolved the issues that the Indian government had raised. But industry executives say that meeting those concerns is perhaps not all it would take to return to the country.

Here’s where things get complicated.

Not a single app India has blocked in the country has made its comeback yet. Some firms such as TikTok have been engaging with the Indian government for more than four months and have promised to make investments in the country, but they are still not out of the woods.

PUBG Corporation, too, has not revealed when it plans to release the new game in India. “More information about the launch of PUBG Mobile India will be shared at a later day,” it said in a statement last Thursday. According to a popular YouTuber who publishes gameplay videos on PUBG Mobile, the company has privately released the installation file of the new game and has hinted that it plans to release the game in India as soon as Friday. (There’s also a big marketing campaign in the works, which could begin on Friday, people familiar with the matter told TechCrunch.)

Pebble founder launches Beeper, a universal chat app that works with iMessage and…

How 'vaccine nationalism' could prolong the…